Sunburn? Not a problem at AnaCapri Estate! 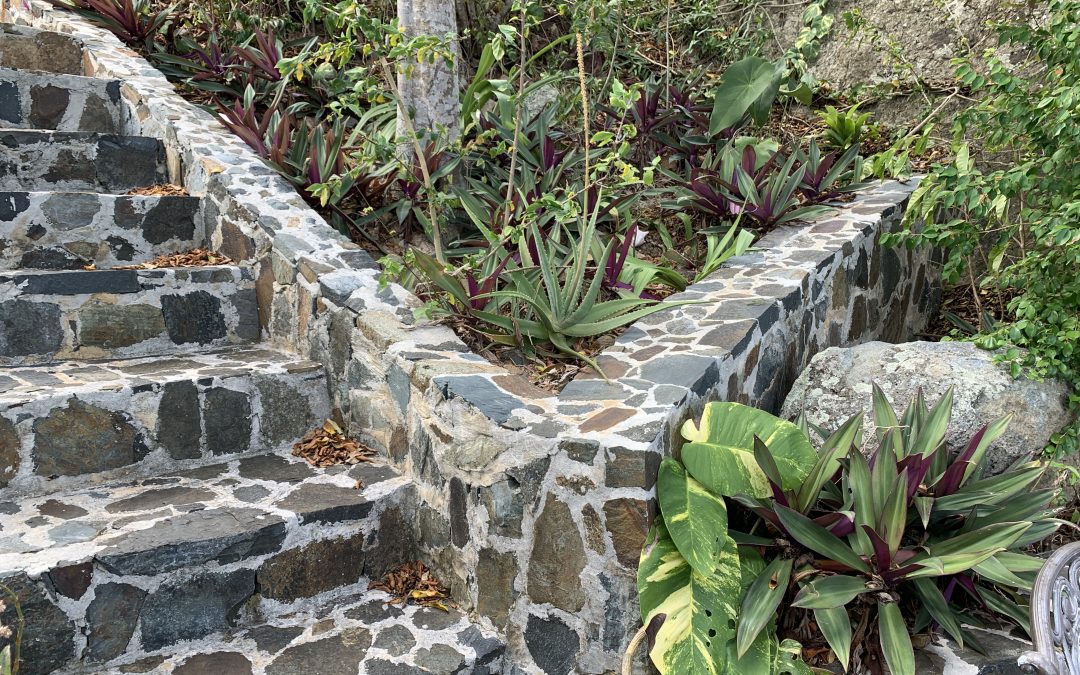 Many after-sun lotions and other healing creams contain aloe due to its ability to soothe the pain from a burn in the short-term, as well as shorten the healing time for the burn. Before you go grabbing a store-bought solution after spending a bit too much time in the sun, turn to the source itself and harvest a branch off of an aloe plant.

At AnaCapri Estate we have numerous aloe plants growing that can be and are used for exactly this purpose. Just head on over to the “Place in the Rocks” patio at the base of the long rock staircase with a knife or scissors.

Once you’ve found the aloe plants you’ll want to harvest one of the lowest branches on the plant. Ideally choose a branch that is overlapping with another plant, or one that a plant is already starting to shed (it will be thinning and losing its color on the end). A single branch can be cut up and used many different times.

Take the harvested branch back to the kitchen and grab a plate. Cut off about an inch of the branch. Turn the section upright and now cut vertically along the sides removing the two spiny sections. Next, peel off one of the two remaining “smooth” outer pieces of skin. You should be left with a piece of aloe that you can rub directly onto a sunburn. The aloe will be slimy but it actually dries on your skin pretty quickly. You will almost immediately notice relief from the burn, and you will be thrilled with how quickly you see results with reduced inflammation. Sometimes you can reuse a piece of aloe by scratching the slimy surface with your fingernail to expose more aloe. That’s it, it’s just that easy!

Aloe plants are located in the lower patio beds 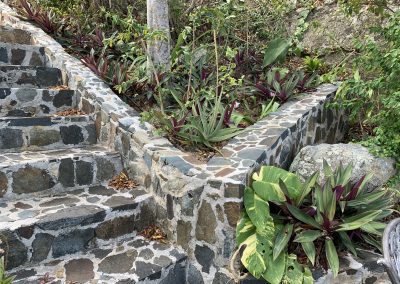 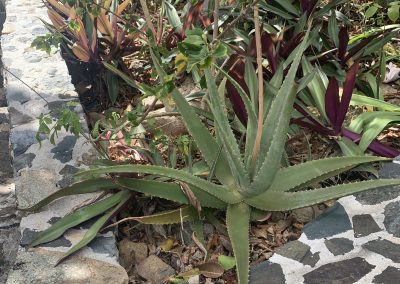 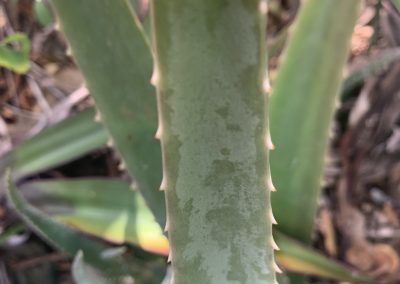 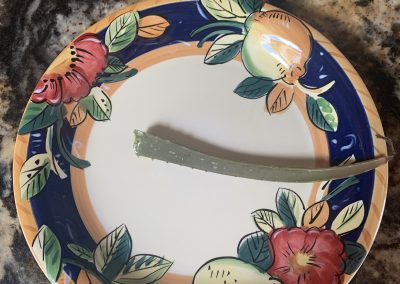 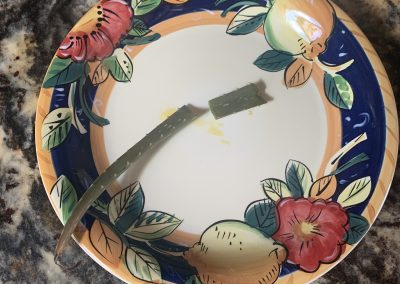 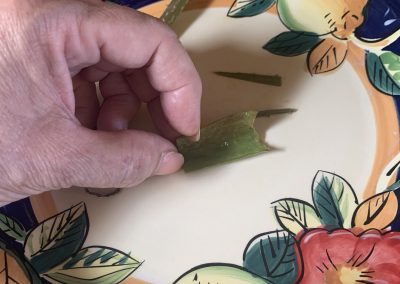 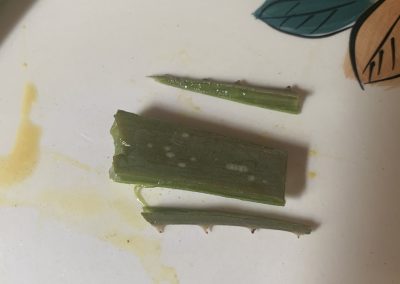 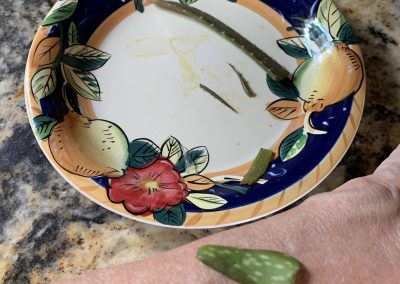